By Tobias | News | No Comments 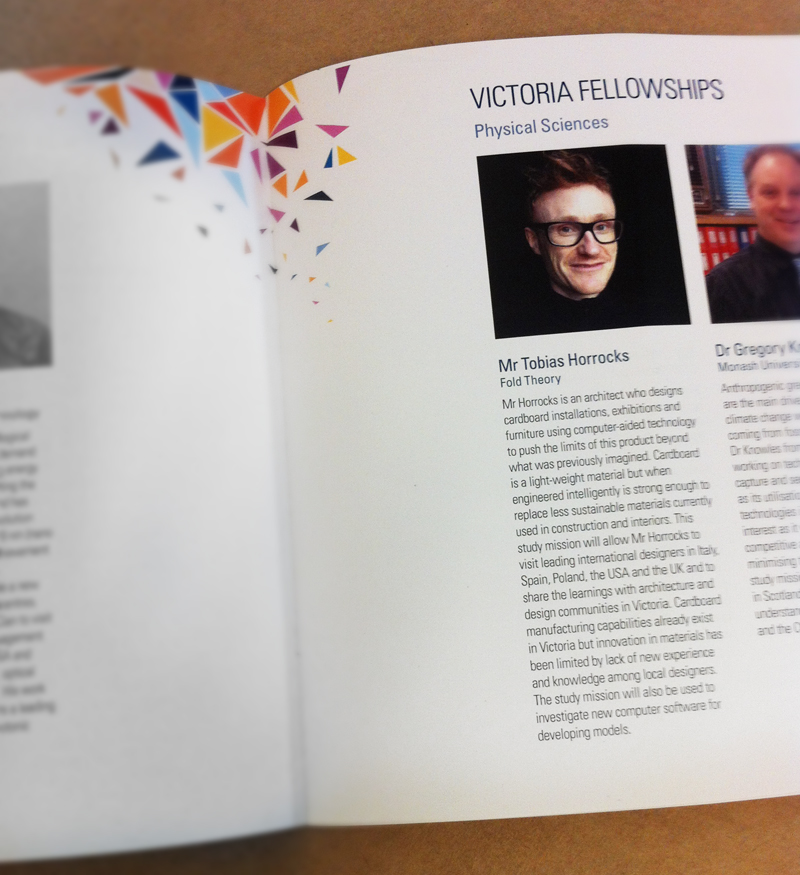 I am excited to announce that I have been awarded a Victoria Fellowship from the Victorian State Government to travel overseas to investigate cardboard design practices and advanced computer modelling techniques, with the intention of enhancing local sustainable design. I plan to visit other cardboard practitioners, as well as computer-based designers who work with folded forms in other materials. My proposed 60 day itinerary, commencing in May 2015, includes Italy, Spain, Poland, Germany and the Czech Republic. 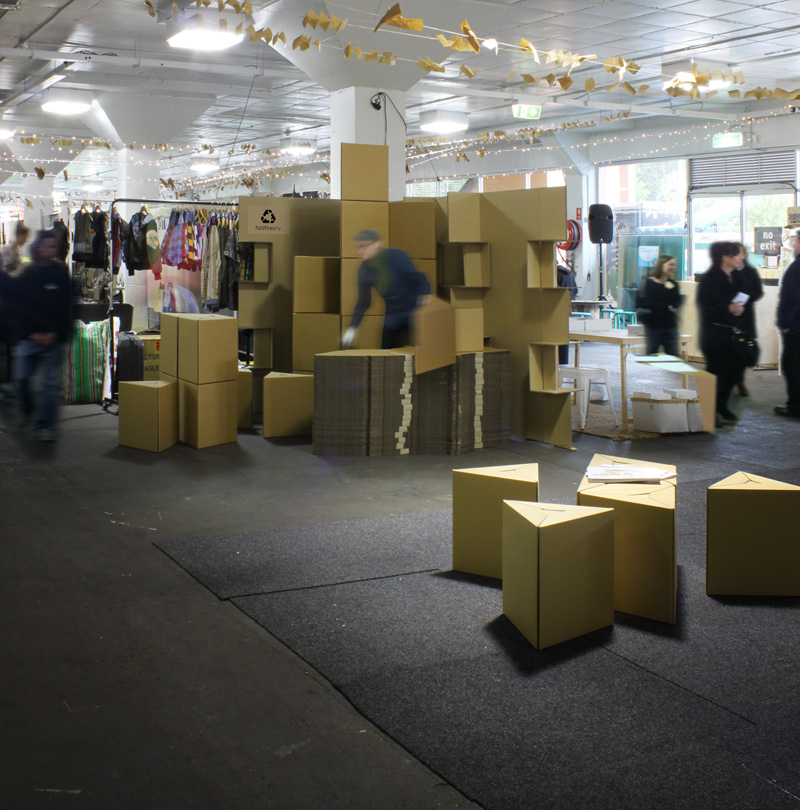 Fold Theory provided cardboard furniture and partition walls for Bowerbird Bazaar in Adelaide. The cardboard walls integrated the display of magazines for Fete Press, and cardboard stools defined Bowerbird’s lounge areas. Fold Theory’s Tobias Horrocks was at the market for the duration of the event, selling Freefold Stools direct to the public for the first time. 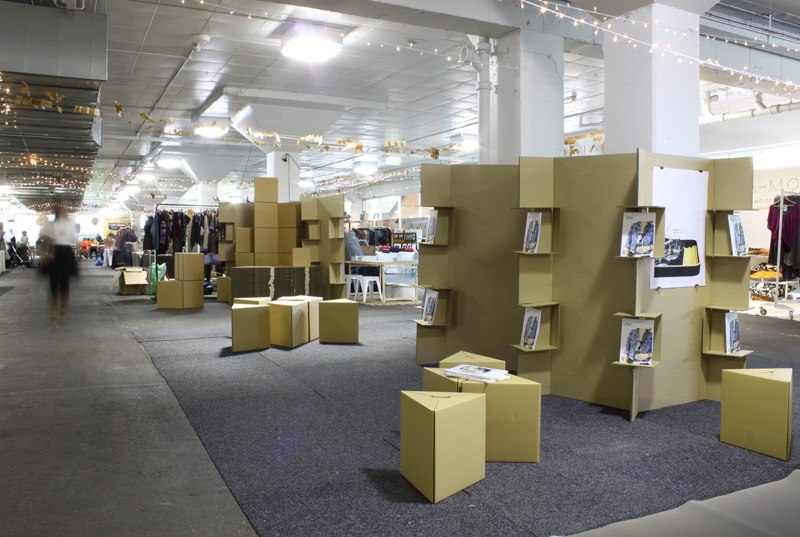 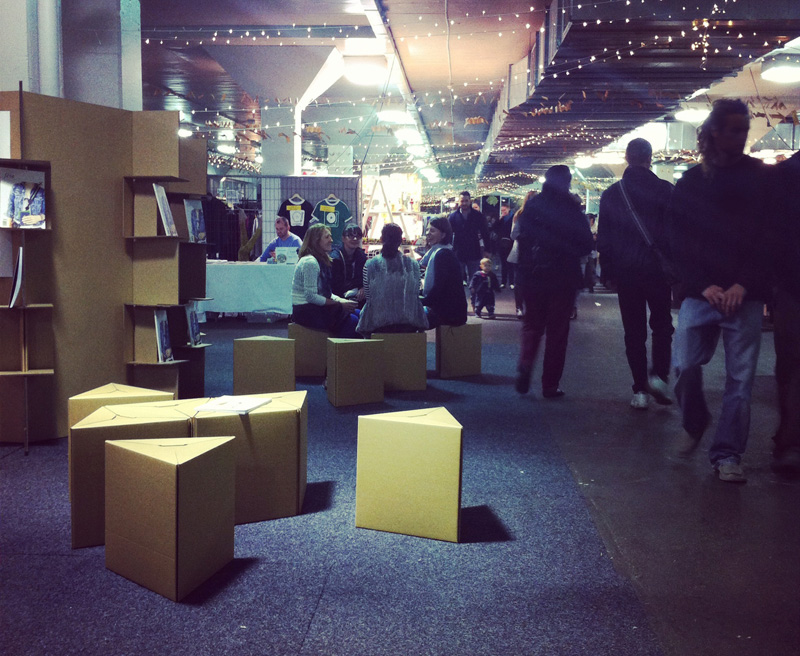 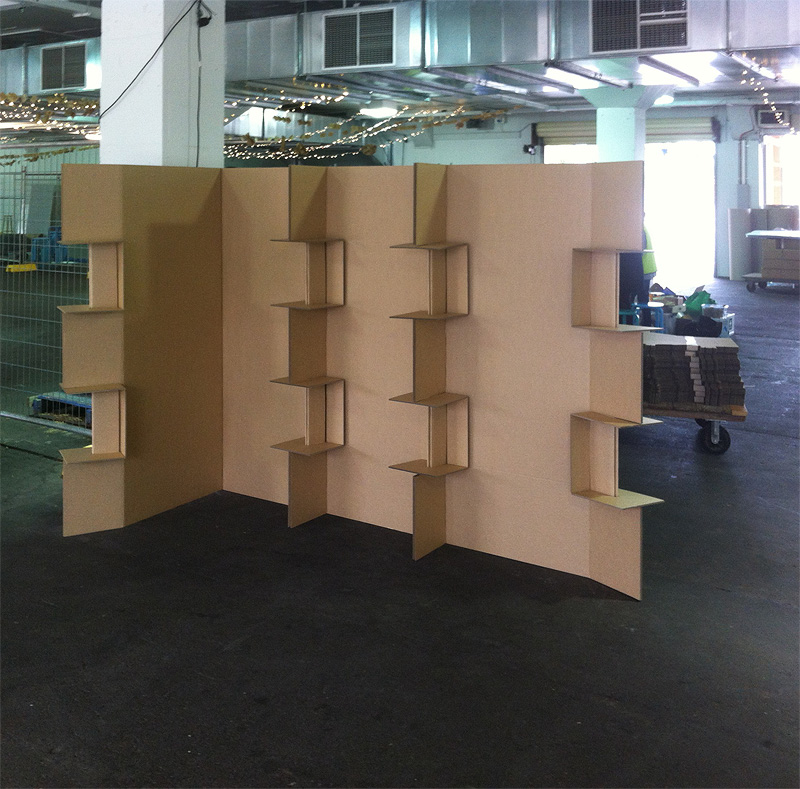 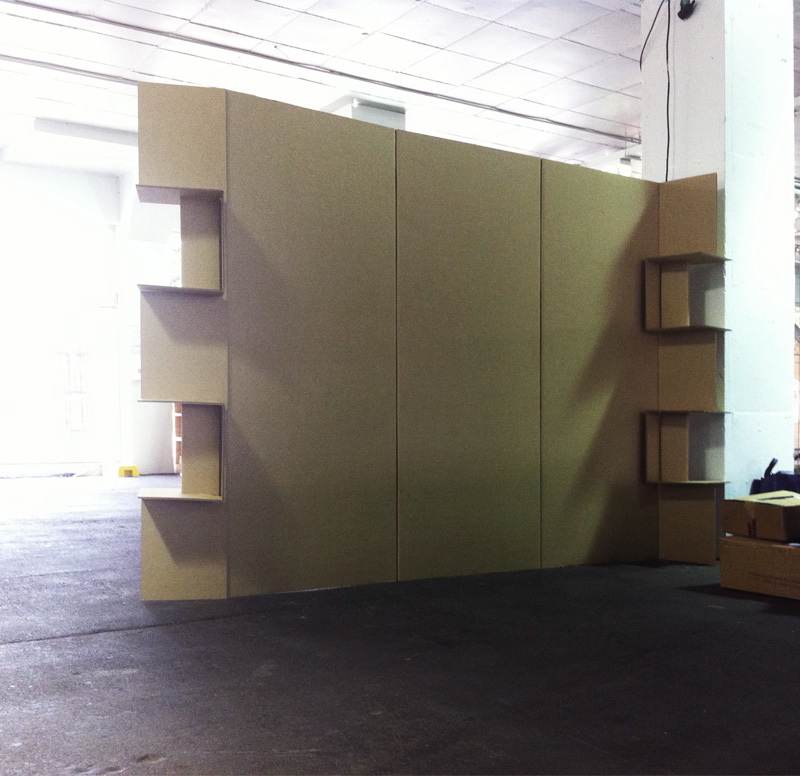 Fold Theory in the media

By Tobias | Media | No Comments 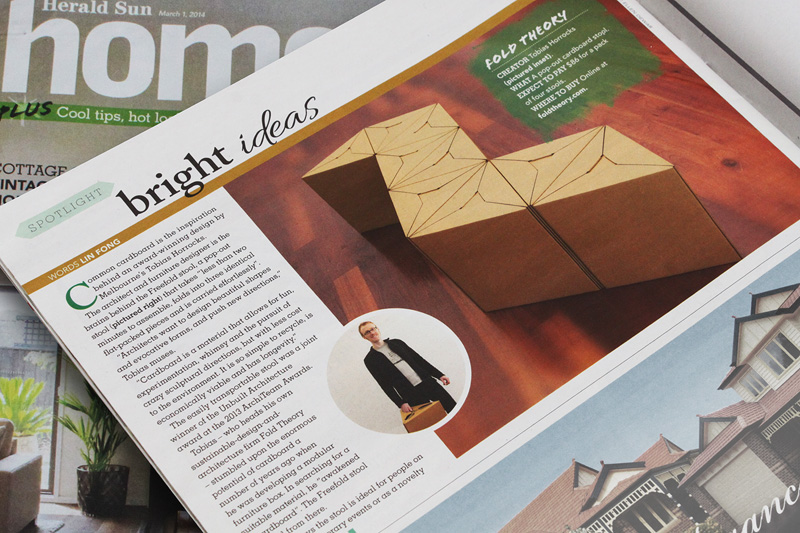 Fold Theory’s Tobias Horrocks was interviewed by The Australian and the Herald Sun newspapers after the Freefold Stool won two awards. The stool won both the Unbuilt Category of the Architeam Awards and the Waste Wise Design Award from the City of Banyule at the Melbourne Fringe Furniture exhibition.

Here is the link to the article by Stephen Brook in The Australian. The stool was also featured in an article in a local magazine called the Weekly Review.

UPDATE: The Age and Sydney Morning Herald newspapers have published an article by Ray Edgar called “Endless possibilities unfold” about cardboard furniture, and Fold Theory gets a mention. 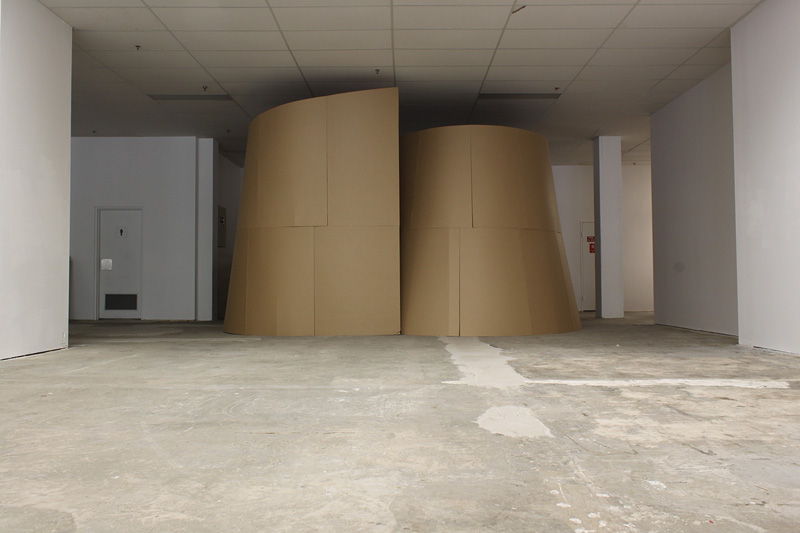 The cardboard sound portals developed for artist Jyll Bradley’s City of Trees exhibition at the National Library of Australia were relocated and reconfigured for You Are Here, an annual arts festival in Canberra that takes place in March. One portal was re-used in the same way as before, one was cut in half to form a stage backdrop with change room behind, and one was left un-clad as a musical performance arena. 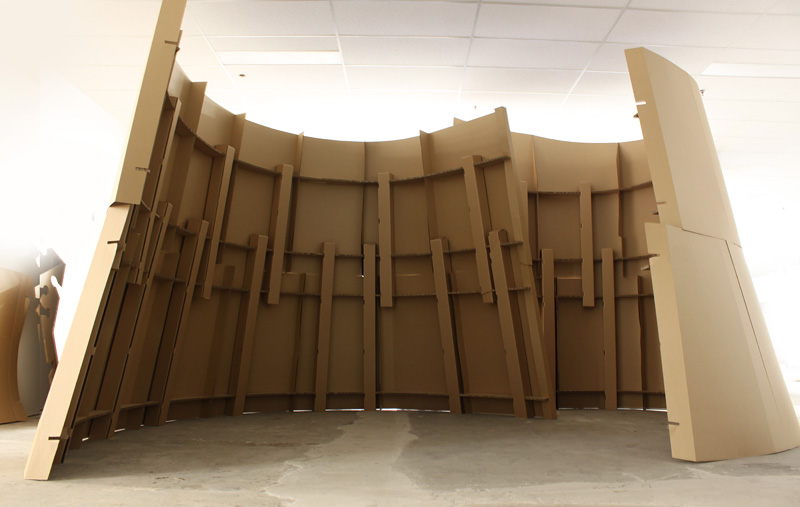 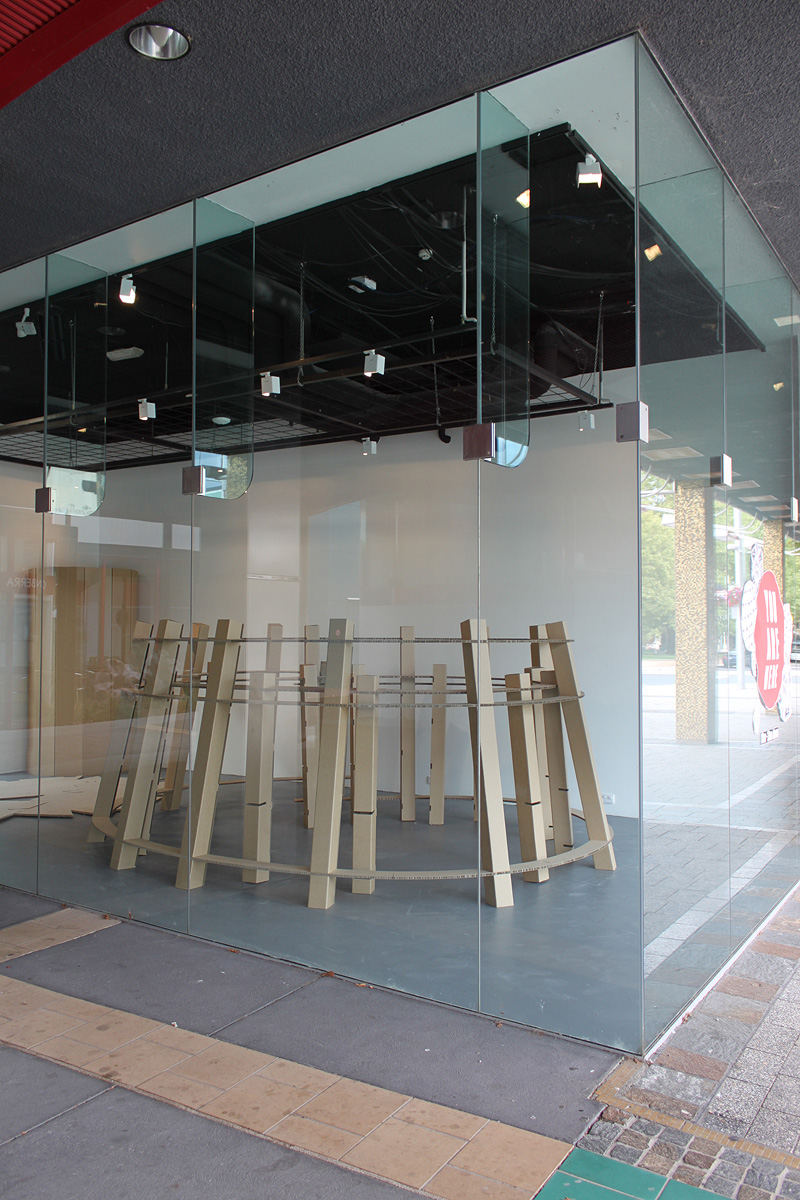